IS ATHEIST BILL MAHER A BIGOT?

Is Islam Prone To Violence And Terrorism? 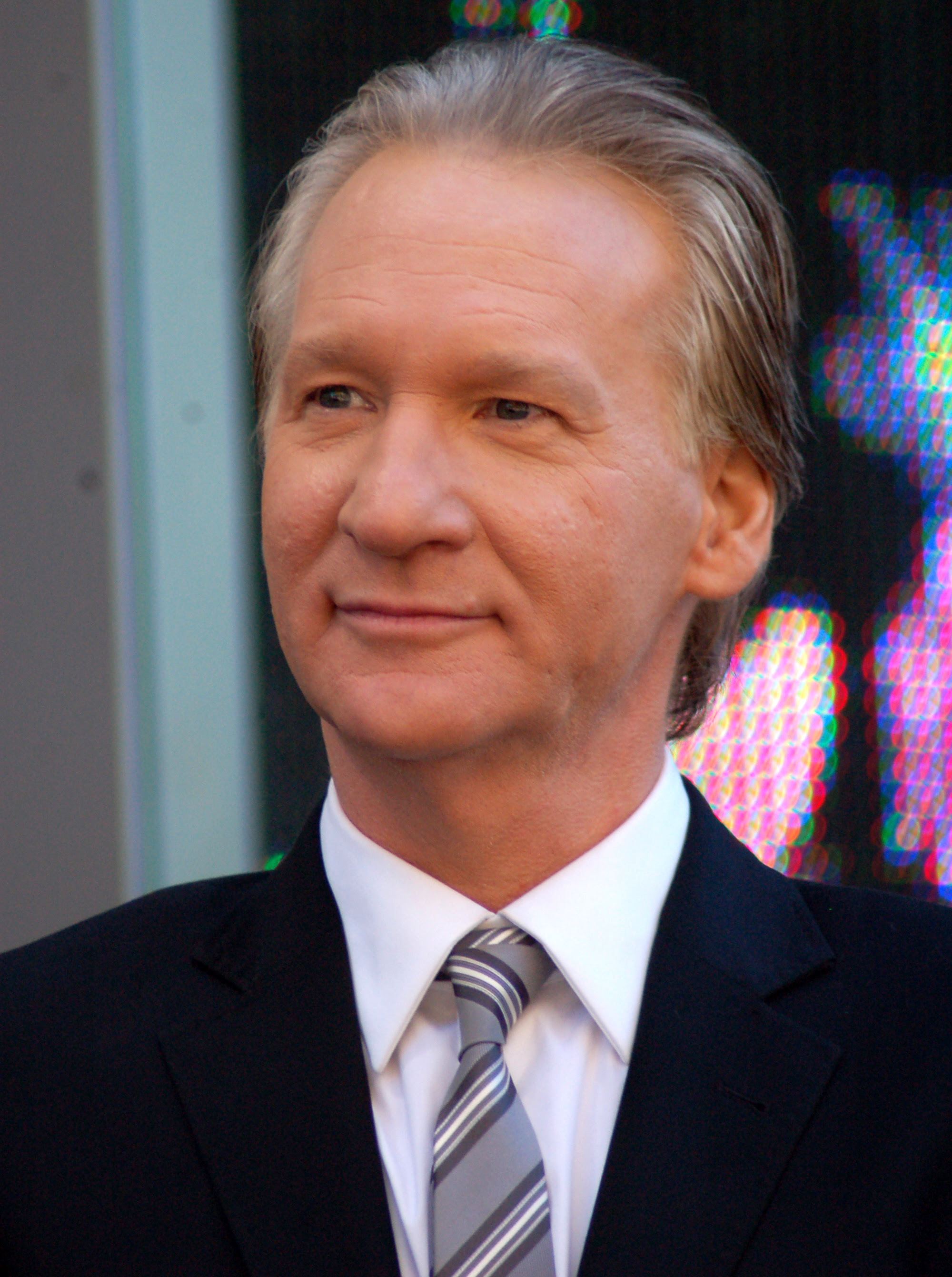 ~ Is Bill Maher really a liberal?

FrogBook.com is an advocate of atheist ideas; and we have mentioned noted atheists such as Dr. Richard Dawkins and Dr. Lawrence Krauss in our articles (see "Film: The Unbelievers Attacks Religion"). This time, atheist and comedian Bill Maher has caught our attention. On January 7th, on Jimmy Kimmel live, Maher has doubled down on his controversial opinion that Muslims in general support violence, especially in regard to the Charlie Hebdo tragedy.

It is just wrong to use secularism, atheism, or free speech as a pretext to attack another culture or people. The Frog Blog believes it is one thing to argue against harmful religious ideas such as Creationism and theocracy, but it is quite another matter to single out an entire religious/ethnic group (which invariably includes children) for blame – even if Mr. Maher's assertions were true. There is no point in doing so and it is counterproductive. His views have been called bigoted or even racist – and often by liberals, something that Maher professes to be himself, click here.

And on many issues, he is indeed a contemporary and social liberal. But in our opinion, his position on free speech (as symbolized by his TV show, Politically Incorrect ) actually represents classical liberalism or libertarianism. The term "political correctness" is often pejoratively attributed to the contemporary liberal establishment. Specifically, Bill Maher is really a conservative in regard to issues such as freedom of speech and Israel (more succinctly, he's a neo-conservative in this respect). And this latter issue might have colored his position on the Muslims

~ Bill Maher is a strong supporter of the State of Israel.

So, is Islam more prone to violence than other religions or cultures? Or is radical Islam just the symptom of political realities like the KKK was after the American Civil War or the Nazis were after the harsh terms of the Treaty of Versailles? Both groups had Christian overtones and both groups were rebelling against the prevailing power structure. Let us note that the Nazis have killed more people in the name of their Christian God than all other religions combined throughout history. Read the article, "Are All Terrorists Muslims? It’s Not Even Close," click here.

~ How many Muslim countries has the U.S. bombed? Click here.

According to the National Geographic, as many as 500,000 Iraqis have died due to both American invasions, click here. And without any doubt, Iraq never had any weapons of mass destruction nor was Iraq ever involved with any terrorist groups, click here. If you look at what has happened to the Muslim people since the beginning of the 20th Century, why would anybody be surprised if a tiny minority of them resort to acts of desperation? It's because of human nature, and not because of any particular religion.

~ Who invented terrorism in the Middle East?

Bill Maher has often cited the oppression of many Islamic countries like Saudi Arabia and Iran as the reason for radicalism. But this oppression might just be a continuation of the oppression that comes along with being a monarchy (Iran was ruled by a shah or king until the establishment of the Islamic Republic in 1979). Turkey, however, has been a Muslim-majority secular republic since 1922. It is a member of N.A.T.O. and is not a hotbed of radicalism or terrorism. To put simply, Christian-majority nations tend to be more technologically advanced while Muslim-majority countries tend to less technologically advanced. The main factors here seem to be education and poverty.

~ To blame someone for what they didn't do is bigotry.

While FrogBook.com does not support theocracy – or religion in general for that matter, there is still no proof that the Muslim religion causes radicalism or terrorism MORE than any other religion. It is likely that as a response to unrelenting foreign domination in the Middle East, more and more radical Islamist groups began to gain attention and legitimacy, gradually moving up the ladder of leadership and power – edging out the secularists. (To see a map of U.S. military bases in the Middle East, click here.)

Instead of being just an Arab conflict in one region of the world, these radicals have turned their struggle into a global Islamic movement against the West, trying to suck in recruits and funding from 1.5 billion Muslims worldwide (however, that does not mean most Muslims support terrorism).

~ Munich. Cycles of violence have made matters worse and worse.

In the clip above from the film, Munich (2005), about the Munich massacre of 1972, the terrorists are members of the Leftist and secular Black September organization, an affiliate of the Palestinian Liberation Organization (PLO). By the time this film was made by Steven Spielberg in 2005, Al Qaeda was thought of as the worst. By today, Al Qaeda is considered to be moderate as compared to groups such as the Islamic State (ISIS) or the Boko Haram.

While the KKK has been around for 150 years, Islamic terrorism (not to be confused with Arab terrorism) really did not start until after 1990, when the first Iraq War took place, click here. Yet, people like Bill Maher and magazines like Charlie Hebdo have seared into people's heads that Islam is synonymous with terrorism, click here. The bottom line is, this is still a political struggle and terrorism will likely recede if Western hegemony stops. Read this article, "To End Terrorism By Muslims, End Wars On Muslims."