THERE IS NO GAY GENE!

But Homosexuality Is Still Not A Choice

If homosexuals did have the "gay gene," you would think that gays would have gone extinct long ago. On the other hand, you could also argue that it was precisely society's strictures on homosexual behavior that perpetuated the homosexual "race," forcing them to procreate while they lead a double life. However, it is just as logical to assume that a heterosexual person could pass on this hypothetical "gay gene" to his/her offspring; this parent might not have the "symptoms," but was in fact just the "carrier" who would pass on this gene to his/her heterosexual and homosexual children. 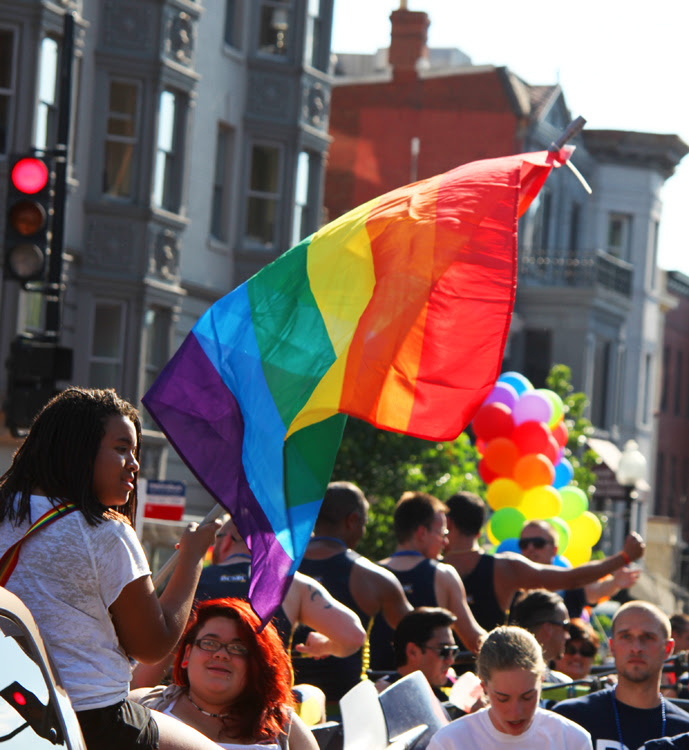 At any rate, the discovery of a "gay gene" would bring closure to the age-old question about choice and hereditary factors – perhaps relieving some of the unfair pressure placed on homosexuals by organized religion for centuries. But at the same time, it raises concerns about the use of genetic engineering on humans to remove "undesirable" traits by society.

In a paper published in The Quarterly Review of Biology on December 11th, 2013, scientists seem to be saying that the gay gene probably doesn't exist (authored by William R. Rice, Urban Friberg, and Sergey Gavrilets). At the same time, scientists are also confirming what gays and lesbians have been saying all along: they were born that way. It seems that the process of becoming gay starts in the womb. So, what's going on?

There is a relatively new discovery in biology called epigenetic marks, or "epi-marks." They are not genes, but are more like "switches" that control how genes function and are usually not passed on from one generation to another. However, some sex-specific epi-marks do occasionally get passed on from father to daughter and from mother to son. And in the womb, these epi-marks may activate or deactivate certain genes to determine the sexual orientation of an originally heterosexual fetus. In the recent study cited above, one theory states that gene regulation by sex-specific epi-marks is allowed to exist by evolution because it preserves the health of the parent, while slightly compromising the reproductive odds for future generations. These epi-marks tend to protect the mother from the fluctuations of sex hormones as the fetus is developing in her womb. As a possible side effect, the testosterone level of a male fetus may be reduced. However, the health of the fetus is not undermined by this process.

Further evidence that homosexuality is a function of evolution comes in another study published in December of 2013, it is authored by researchers Andrea Camperio Ciani and Elena Pellizzari, click here. Their study – together with another study in 2004 – have found that sisters, maternal aunts, and the maternal grandmother of gay men tend to have more children than those of straight men. There might be an unknown gene on the X chromosome that causes women, and some men, in this maternal line to have a higher attraction to the male gender. However, this gene is yet to be discovered. Again, the cost to fertility in the homosexual male is more than compensated by the extra fertility of his maternal female relatives.

[Updated Insert – May 29, 2015: This article seems to support the findings of Andrea Camperio Ciani and Elena Pellizzari; and there seems to be a genetic link, at least in fruit flies: "Scientists Discover Evolutionary Advantage For Homosexuality," click here.]

~ The ancient battle against contraception persists to this day.

Nature often has complicated, round-and-about ways to determine the best routes for survival. Like for the problems of man, solutions often involve complexity, compromise, and the weighing of the costs and benefits of certain evolutionary strategies. So, it is both ridiculous and disturbing when religious groups broadly dictate certain behaviors as being unnatural and against the will of God.

One example is the Roman Catholic Church's archaic stance against contraception. It is the result of one of the Church's many, very simplistic, assumptions: fertility is good because to exist is better than NOT to exist. Duh. Yes, fertility perpetuates survival. But overpopulation has been proven time and time again to be most disastrous to any species it afflicts. In the world of humans, nations burdened with overpopulation tend to be behind in economic and social development compared to countries that have the technology to manage their fertility rate effectively, click here. For our planet as a whole, the overpopulation of humans has been catastrophic for its wildlife and ecological systems.

And organized religion's arrogant view in regard to homosexuality is just as simpleminded and flawed. Gay = no baby = bad. What's even more infuriating is organized religion's attempt to use voodoo science in the futile effort to convert homosexuals. Banned in a number of countries and American states, conversion therapy not only does not work, it may do some serious harm, especially to young people, click here.

It is possible that the existence of homosexuality might be the result of the highly sexual nature of humans. As shown by our closest relative, the bonobo chimpanzee, this fluid sexuality might have given rise the to our ability to resolve conflicts and to cooperate in a social framework at the dawn of civilization. So, it should not be surprising that other animals, especially social mammals, also exhibit homosexual behavior. This "gay gene," if it exists, could very well be as primal and innate as the instinct to survive itself.

For more information on homosexuality, see the trailer below of director Bryce Sage's documentary, The Survival of the Fabulous, originally broadcast in November of 2013 by the Canadian Broadcasting Corporation.

~ "Survival of the Fabulous," on The Nature of Things.