Other Causes Hitching Their Wagons To Climate Change

On November 23rd, Price Charles gave an interview to SkyNews, ahead of the UN's climate summit in Paris (COP21). He suggested that Climate Change was the root cause of the Syrian civil war and the resultant refugee crisis. Prince Charles said, "And, in fact, there's very good evidence indeed that one of the major reasons for this horror in Syria, funnily enough, was a drought that lasted for about five or six years, which meant that huge numbers of people in the end had to leave the land." To watch the entire interview, click here.

This is not the first time Prince Charles meddled in political matters. In our earlier article, "Anti-Vaxxers And Homeopaths Are Idiots!" Prince Charles tried to influence the U.K.'s National Health Service by recommending alternative cures, such as naturopathic and homeopathic remedies. 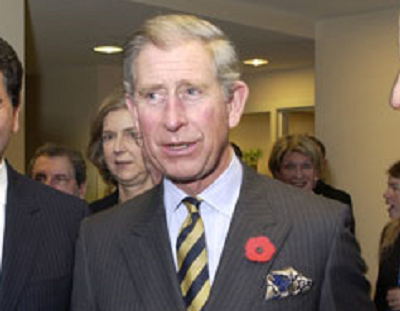 ~ Will Prince Charles destroy over 900 years of monarchy?

In the Age of the Information, honesty and integrity are very important, as people can verify what you say so easily on the Internet now. And people in general are more knowledgeable today compared to earlier generations. Even if you think your cause is just, over zealousness can sometimes make you spread untruths and misinformation. And exaggerations and wild theories are an epidemic! By mashing unrelated issues together, you will appear OPPORTUNISTIC and disingenuous, losing credibility and effectiveness with your base. By capitalizing on the tragedy and misery of an unrelated event, some might even consider that as unethical. In our earlier article, "Shark Fin Sales Drop Up To 70% In China," we discuss the successful ways to conduct cyber activism via the Internet and social media.

~ Charles says the Syrian crisis was caused by a DROUGHT. Really?

There is no proof that the Syrian civil war and the refugee crisis are caused by Climate Change. This is because we can't be sure that the drought and weather patterns were definitely caused by Global Warming – let alone that the drought directly caused the Syrian civil war. There have been droughts for thousands of years, and not all of them have caused political turmoil. And there have been many periods of political and social upheaval while no droughts or any natural disasters existed. It is highly probable that the current crisis in Syria is/was primary caused by political reasons, with the Arab Spring being one of the major catalysts.

In turn, there are many other causes that have hitched their wagons onto the Climate Change issue – trying to take advantage of one of the most important and publicized problems of our time. Vegans, anarchist, communists, and even religious activists all want a piece of the Climate Change action.

The vegans, people who want cut out all animal products from our diet, argue that livestock produce greenhouse gasses and therefore are causing Climate Change. In regard to CO2 (carbon dioxide), livestock are CARBON NEUTRAL. The grains and grasses that they eat are not unlike the ethanol produced from corn and sugarcane to run our biofuel cars. But grass are a little better for the environment than soybean meal and corn because of the fertilizers that they use. However, in regard to methane produced by farm animals, another greenhouse gas, the vegans have a point. But that is mostly attributed to cattle and dairy cows, click here.

There is no proof that less land and habitat would be cleared for farming if we produced more plant-based foods for humans instead of for animals. If we need to get the same amount of nutrients from plant foods as from animals products, a greater amount and diversity of fruits and vegetables must be eaten; and more land might have to be cleared for more cultivation of a larger variety of crops. From the Harvard School of Public Health: "Animal sources of protein tend to deliver all the amino acids we need. Other protein sources, such as fruits, vegetables, grains, nuts and seeds, lack one or more essential amino acids," click here. 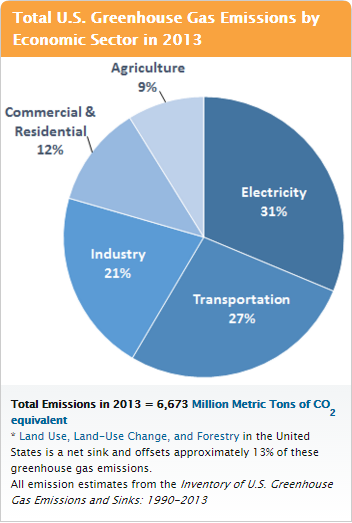 ~ This EPA chart contradicts some of the PETA claims.

In the chart above from the Environmental Protection Agency, the 9% emissions from agriculture includes greenhouse gasses from livestock such as cows, agricultural soils, and rice production. And there is no proof that if Americans switched to an all-plant diet there would be less greenhouse-gas emissions from electricity use, transportation, fertilizers, and other inputs of food production. In fact, a greater quantity and variety of fruits, vegetables, and grains would more likely travel farther distances – with higher frequency – to reach national and international markets, burning up more carbon in the process, click here.

FrogBook.com thinks this debate is inconclusive, and vegan activists who tell you otherwise are exploiting the Climate Change issue and public ignorance for their own ends. But eating fewer steaks and drinking less milk as an adult is probably better for your health and for the planet (however, even that is far from being totally conclusive, read this updated article [Dec. 14, 2015]: "Cows off the hook as scientists downgrade impact of beef and dairy cattle on Australia's methane emissions by 24pc"). At any rate, being a vegan will likely NOT save the planet. For more information on the vegan diet, read our earlier article, "New Vegan Video Causes Controversy."

Whether you are using Climate Change to pitch veganism or anti-consumerism, or you are using political conflicts to increase awareness of Global Warming, the result will ultimately be less credibility all around – hurting all the causes involved as cynicism grips the public.