But Aliens Making Contact With Us Is Highly Unlikely

On April 7th, the top scientist at NASA (Ellen Stofan) said, "I think we're going to have strong indications of life beyond Earth within a decade, and I think we're going to have definitive evidence within 20 to 30 years." However, she quickly made clear that she was not talking about intelligent life. Finding intelligent life would be a very remote possibility and alien contact would be highly unlikely to almost impossible.

~ The Drake Equation. Not many civilizations are in our galaxy.

The sheer distance between physical bodies in our galaxy would force light (let alone space aliens) to travel for thousands of years just to reach us from a planet that contains life somewhere in our Milky Way Galaxy. And light travels at 186,282 miles per second (299,792 kilometers per second). Read this article about the possibility of intelligent civilizations elsewhere in the universe, "Search Of 100,000 Galaxies Finds No Sign Of Alien Life."

~ Our galaxy and our universe are very, very big.

One must realize that travelling over a very, very long distance comes with many problems that even an advanced civilization has to come to terms with. One problem posed by the laws of physics is getting information on planets where the images carried to us by light are thousands of years old. Basically, if aliens are looking at us, they are looking at our ancient history. And even if one could travel close to the speed of light, Einstein's Special Theory of Relativity says that by doing so, one would also travel through TIME into the future. (But travelling into the past is not possible.)

~ Whenever you are in motion, TIME slows down only for YOU!

If an alien civilization at the other end of the galaxy is trying to reach us, it would take the aliens about 78,000 years to get here even if they are travelling near the speed of light. Because of time dilation, they could never be sure of what their destination would hold for them – they basically wouldn't know where they are really going. If aliens could live for a long time (with advanced cryonic technology) and travel for just 20,000 years to our planet at a velocity very, very close to light-speed (say at 0.99999999c, click here), they would have travelled to our future many million years from now! We're likely not here by then.

Some theorists argue that if one of Einstein's other theories – on wormholes – is correct, aliens would be able to see our past, present, and future and travelling through time (past, present, and future) and space would be achievable regardless of distance. However, this theory is likely wrong and wormholes probably don't exist outside of science fiction. Read this article on the subject: "Astrophysicist Says Wormholes Of 'Interstellar' Unlikely To Exist," click here.

~ Without wormholes, travelling through space-time is difficult.

Due to the advances made in telescope technology, we now have a clearer picture of the universe and our Milky Way Galaxy. And we recently discovered that the closest potentially habitable planet is just 13 light-years away, click here. However, we now also know life is unlikely to exist elsewhere in our solar system or anywhere within travelling distance. While we've discovered water on many physical bodies near Earth, they lack the other conditions required for life, click here. (Read our earlier article about habitable planets and the Goldilocks Zone, "There Are Billions Of Habitable Planets," click here.) 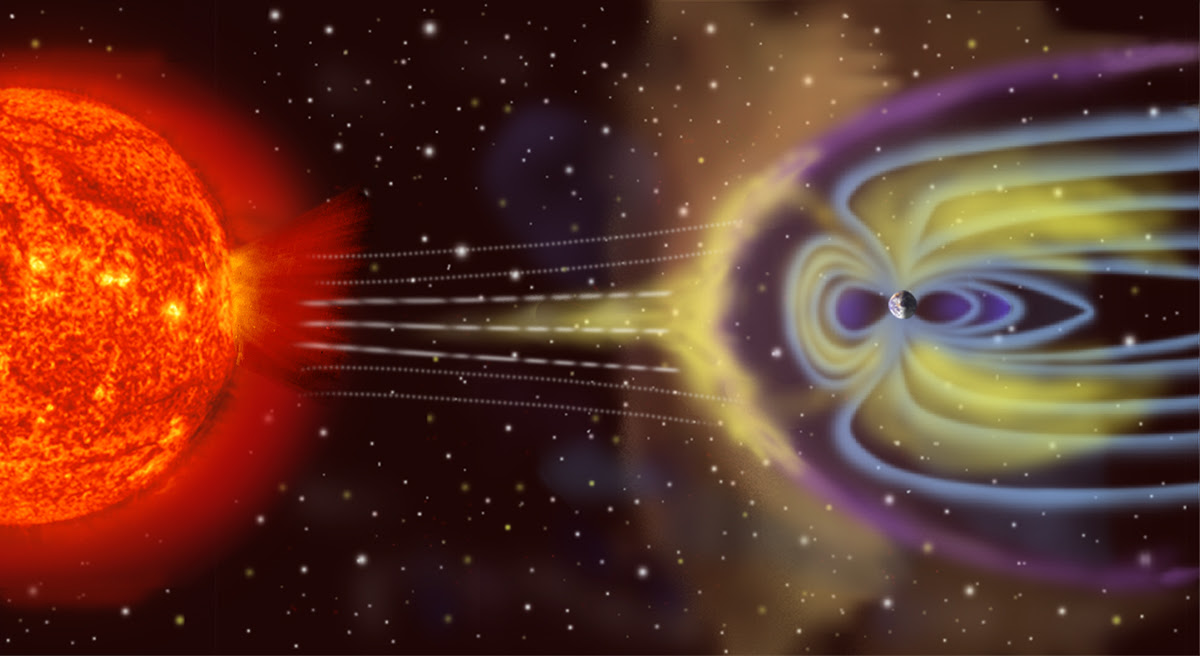 ~ Having just the right defenses against space weather matters...

At any rate, just because there are planets with all the right conditions to support life, that does not mean there are necessarily life forms living there. It's possible the odds of forming and cultivating life with all the required circumstances and elements falling uniquely and sequentially into place are like winning 10 or more top lottery prizes in a row – and Earth is just a statistical fluke of nature! Until humans are able to replicate life from scratch, we will never know for sure the true odds of alien life existing in our galaxy or universe.

~ Are we alone? Will we pick up alien signals?

The best we can hope for as humans is to discover lower life forms on other planets with our telescopes (hopefully NASA is right about its time frame). And if we receive radio signals one day from an alien civilization in either our galaxy or another galaxy, that would be one of the greatest events in human history (although that civilization might have already gone extinct by the time we receive these signals).

For related articles in the Frog Blog:
- Solar Flares To Peak In 2013 – Disaster? Click here.
- UFO Spotted Over Denver! Click here.
- There Are Billions Of Habitable Planets! Click here.

Posted by Frog Blog Boy at 6:44 PM No comments: