END OF THE WORLD COMING IN SEPTEMBER?

According to conspiracy theorists, the end of the world will arrive between the 22nd and 28th of September, 2015 – with the most likely Apocalyptic date being September 23rd or 24th. The supposed methods of our destruction are as varied as the supposed reasons for our doom.

To conspiracists, exactly how the Earth will technically end ranges from an asteroid or comet colliding into us, to another planet smashing into the Earth (click here), to a total climate catastrophe, to a nuclear war, to a gigantic earthquake, and to the switching of the magnetic poles.

But the nut with the earliest and greatest impact on this hysteria is probably self-proclaimed prophet Reverend Efrain Rodriguez of Puerto Rico, who says the Earth will be hit by an asteroid in September, causing millions of deaths. FrogBook.com thinks this individual is probably a conman out for financial gain.

As for the supposed reason for our demise, one theory attributes the expected catastrophe to a tetrad – four consecutive blood moons (from 2014 to 2015) – culminating on September 28th, 2015. Another theory claims it's actually the Rapture as foretold by the Bible, to be followed by seven years of Tribulation. And there is a theory that says the pending disaster won't totally wipe out mankind, but it is a sign that ushers in the rise of the Illuminati that will enslave the planet in a New World Order (NWO). 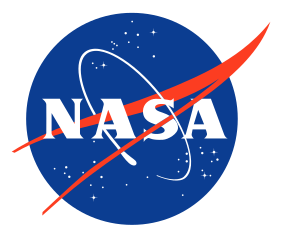 Because of the hysteria, NASA has recently released a statement: "NASA knows of no asteroid or comet currently on a collision course with Earth, so the probability of a major collision is quite small....In fact, as best as we can tell, no large object is likely to strike the Earth any time in the next several hundred years....NASA has also made asteroid detection a top priority, and are developing strategies for identifying asteroids that could pose a risk to our planet."

~ Documentary: Why Do People Believe in Conspiracy Theories?

We can never convince a conspiracy theorist of the truth. The best we can do is to try to persuade them to not take foolish actions that may harm themselves or others. While conspiracy theorists are very stubborn with their ideas, some will listen to you in regard to their possible actions.

In our earlier article, "Doomsday Prophets Are Idiots!," we reported that some people committed suicide out of fear due to preacher Harold Camping's prediction of the Rapture on May 21, 2011. And many gave all their money away, including to Camping's ministry, only to find themselves penniless on May 22nd (Camping refused to return their donations).

~ A fool loses his life savings.

So, try to convince people who are into this nonsense to 1) not harm themselves and their loved ones, 2) not abuse alcohol, prescription drugs, or narcotics 3) not give away all their money and possessions, 4) not quit their jobs or close their businesses, 5) not take dangerous risks or spend money recklessly on final thrills, 6) not squander money on survival supplies and equipment as well as on expensive shelters.

Believe or not, many people do these stupid things all over the world in anticipation of one type of doomsday or another. But in the back of the conspiracy theorist's mind, he is still in touch with reality. He is just holding on to a fantasy to escape from the real world.