JUSTIN BIEBER ATTACKED OVER HIS MONKEY

IKEA & Bieber Monkeys Should Be With Their Own Kind 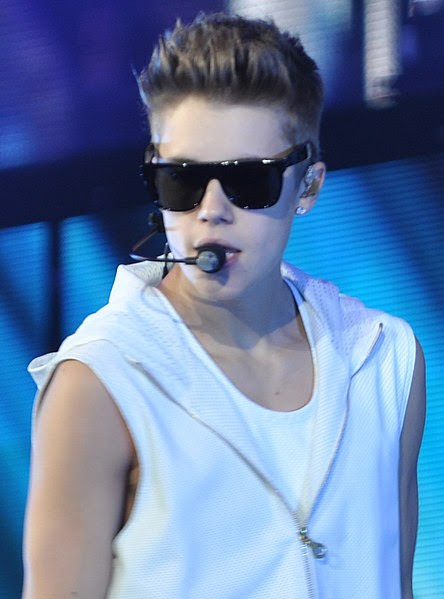 There was a time when Justin Bieber seemed like such a level-headed kid who did not let his fame affect him. Now, he's behaving like a real jerk. He is accused of a string of misconduct, and the latest one concerns allegations that Bieber uttered threats of violence and spat on his Los Angeles neighbor on March 26th. Allegedly, Bieber was driving around the neighborhood in the morning (around 8:00 AM) in his new Ferrarri – at 100 miles per hour! And the noise forced his neighbor to confront Bieber. It is believed that his neighbor will press charges and Bieber may be prosecuted. And if he was indeed driving around a residential street at very high speed, he could have been in a lot more trouble if he had hurt or killed one of the neighborhood children playing in the street. What a moron.

[Updated Insert – June 2, 2013: Now, there appears to be an inconsistency with the Bieber speeding controversy. Rapper, Tyler The Creator, claims he was the driver on that day, not Justin Bieber. However, former NFL star and Justin's neighbor, Keyshawn Johnson, insists that it was Bieber who was driving. We'll get the truth after the court proceedings, click here.]

~ Justin Bieber is turning into an A-hole.

Justin Bieber's idiotic antics now has touched on the issue of animal welfare. In March, Bieber tried to turn his pet monkey, Mally, into a jet-setter and the animal was seized and quarantined at Munich, Germany, by the airport authorities. Apparently, Bieber didn't know that he needed paperwork to transport an animal (that might be carrying diseases) from one country to the next. However, Mally may be in luck. German custom officials have given Justin until the end of April to produce the proper documentation. If not, Mally will be placed in a proper facility for monkeys. That’s exactly what Mally needs and we at FrogBook.com hope Bieber will abandon the animal. But Justin may face smuggling charges and a fine of over $15,000.

~ Taken from his mother at 9 weeks old, Mally hugs a plush toy.

Mally was taken away from his mother at nine to ten weeks old, and according to experts, that's too early. A protected species, capuchin monkeys are highly social animals that need to be with their own kind. To keep Mally alone in the house, especially at such a young age, will cause much mental distress to the animal. And according to Debbie Leahy of the Humane Society of the United States, ALL primates species are too wild to be kept as pets. Also, monkeys can become very aggressive, especially after sexual maturity. Often, after a monkey has destroyed everything in the house, it is kept in a cramped cage permanently by its owner, causing the animal much suffering. Calling Justin Bieber irresponsible, Ms. Leahy fears that he may have set a bad example for his millions of fans, who may now think it's fashionable, ethical, and safe to keep wild animals as pets. To the contrary, it is both selfish and thoughtless to keep wild animals in captivity. But sadly, this is a popular trend nowadays.

~ Darwin the monkey escapes from a car in the IKEA parking lot.

Case in point, the IKEA monkey. In December of 2012, in Toronto, Canada, a monkey wearing a winter coat and diapers escaped from a parked car at an IKEA parking lot and the whole world was enthralled. Since then, the animal (Darwin) has been taken away from his owner and is now at the center of a legal battle. The owner of the famed monkey, Yasmin Nakhuda, has been accused of strangling and hitting Darwin. Nakhuda has denied the allegations, but even she has admitted that Darwin can sometimes be quite uncontrollable, click here.

People like Justin Bieber and Michael Jackson are/were constantly surrounded by parasites who pass themselves off as friends. After a while, stars find solace with "human-like" animals like monkeys and chimps instead of real people. And our Ms. Nakhuda has substituted Darwin for her own son. However, we must always remember that wild animals can never reciprocate their owners' misplaced “love.” Petting and hugging a creature you have taken out of its natural environment is not love. It's abuse because the animals is suffering due to loneliness, a lack of space, and improper care.

~ The IKEA monkey. Hey, crazy lady, this monkey is not your son!

Even though primates are more closely related to humans than domesticated dogs – and are more intelligent, they actually do not "connect" or empathize with humans as well as dogs and they NEVER will. Unlike dogs that have been selectively bred for thousands of years for this particular trait, wild animals can never be changed to "love" humans. For further explanation on this point, please read our earlier article, “Moron Lets Infant Play With A Gorilla," click here.

(May 15, 2013) Justin Bieber's lawyers have indicated that the Bieb will not file the proper paperwork required by the deadline (Friday, May 17th) to reclaim his pet monkey, Mally. Animal rights groups are delighted and have praised Bieber for his decision. Now, Mally will finally leave the shelter and be placed with his own kind in a permanent home, likely a zoo, click here.

(August, 2, 2013) After unsuccessfully trying to recover the costs of caring for Mally after he was confiscated from Bieber, now the German government has made the issue public by issuing a public notice of the claim. Justin should just pay the bill ASAP because he has to return to Germany sooner or later to perform and he might be denied entry. Is as if he can't afford $8,000; don't be an idiot, Justin! Click here.

(September 13, 2013) Monkey "mommy" Yasmin Nakhuda has lost custody of Darwin the monkey, a.k.a. the IKEA monkey, click here. A Toronto, Ontario judge has dismissed Nakhuda's lawsuit because she signed a Toronto Animal Services form that transferred ownership of the monkey to the City of Toronto on December 9th, 2012, when Darwin escaped from Nakuda's car at an IKEA parking lot. At any rate, it is illegal to own a Japanese macaque in the City of Toronto.

It is very important to note that Judge Mary Vallee has ruled that Darwin is NOT a domesticated animal as Nakhuda claims, but instead is a wild animal; and once Nakhuda lost control of the animal, she also lost ownership of it. The judge based her ruling on a law about a hundred years old which states that a wild animal ceases to be owned once it escapes. This makes sense, since back in the day, one hunter could not prohibit other hunters from catching a roaming wild animal simply because he had supposedly owned it once. Now, Darwin will be staying at the Story Book Farm Primate Sanctuary with his own kind, and he will not have to wear all those idiotic and uncomfortable clothes, diapers, and leashes.

[Updated Insert – October 12, 2013: It should not be surprising that Yasmin Nakhuda has now filed an appeal with the Ontario Court of Appeal to get Darwin back, click here. Selfish people like her don't care about tying up an already overburdened legal system with nonsense. If she had any kind of empathy, she should know that Darwin would be miserable throughout his entire life without the companionship of his own kind. While it is illegal to keep a monkey in the City of Toronto, there are no clear laws in this regard in the Province of Ontario. And Ms. Nakhuda has promised to move to another municipality that permits exotic pets if she gets Darwin back. So, it is difficult to know whether her appeal will succeed or not. See Story Book Farm Primate Sanctuary's explanation of Canadian Law in regard to exotic pets, click here.]

(January 14, 2014) Police raided Justin Bieber's home after the moron threw eggs at his neighbor’s house and the cops were called. This was the same neighbor we first reported on in April (2013) and was whom Justin had spat on. Bieber's latest antics with the eggs terrified his neighbor's daughter and there was thousands of dollars worth of damage. The police found drugs in his house and his friend was arrested. Bieber has yet to be charged with vandalism or other offences. Justin Bieber is a neighbor from hell!

~ We're so glad his monkey is no longer with him!